Sanyou relay is a general term. What he means is that it inherits the control and uses a small amount of electricity and current to drive a device (motor or electromagnet) to drive a load component (such as a switch or a contact piece) so that the contact piece can carry a large current. For example, our switch only needs a 12V 0.1A control relay, and the Sanyou relay can help us connect and break UHV lines with millions of volts and currents up to thousands or even tens of thousands of amperes. No matter where, if you want to prevent the controller or the device from being dangerous, it is best to use the Sanyou relay. Let us touch the safe side and let the Sanyou relay touch the dangerous side. As long as we control the action of the relay, the relay will help We connect some wires that we don't want to touch ourselves. Relay is a general term and is also divided into contactor (dedicated to control the on-off, the relay with a large current load, but the action is not fast), the intermediate relay (more quickly, the most common small ones are this) time relay (with To control the time action, such as the automatic lighting of street lights at night) and many others. Combining a device and a relay can get a new thing, such as a time relay by combining a clock and a relay.

1. Definition of relay Relay is an automatic control device that will change the output by jumping when the input (electricity, magnetism, sound, light, heat) reaches a certain value. 2. Relay characteristics of the relay The input signal x of the relay increases continuously from zero to the action value xx when the armature starts to pull in, and the output signal of the relay immediately jumps from y=0 to y=ym, that is, the normally open contact changes from breaking to Pass. Once the contact is closed, the input quantity x continues to increase, and the output signal y will no longer change. When the input quantity x drops from a value greater than xx to xf, the relay begins to release, and the normally open contact is disconnected (as shown in Figure 1). We call this characteristic of the relay the relay characteristic, also called the input-output characteristic of the relay. The ratio of the release value xf to the action value xx is called the feedback coefficient, that is, Kf= xf /xx The ratio of the control power Pc output on the contact to the minimum power P0 absorbed by the coil is called the control coefficient of the relay, that is, Kc=PC/P0 Relay Classification of Relays There are many classification methods of relays, which can be based on the function of the original one, the working principle and characteristics of the relay.

Relay is an electronic control device. It has a control system (also known as an input loop) and a controlled system (also known as an output loop). It is usually used in automatic control circuits. It actually uses a smaller current to control a larger A kind of "automatic switching" of electric current. Therefore, it plays the role of automatic adjustment, safety protection, and conversion circuit in the circuit. 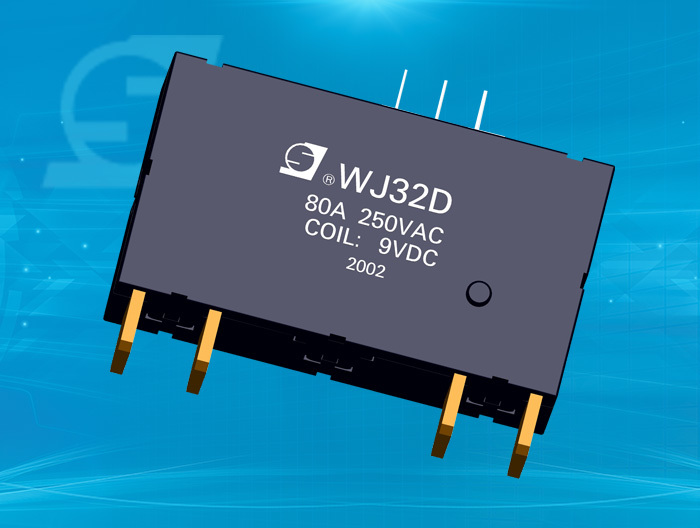